What Is a ROR?

Home What Is a ROR? 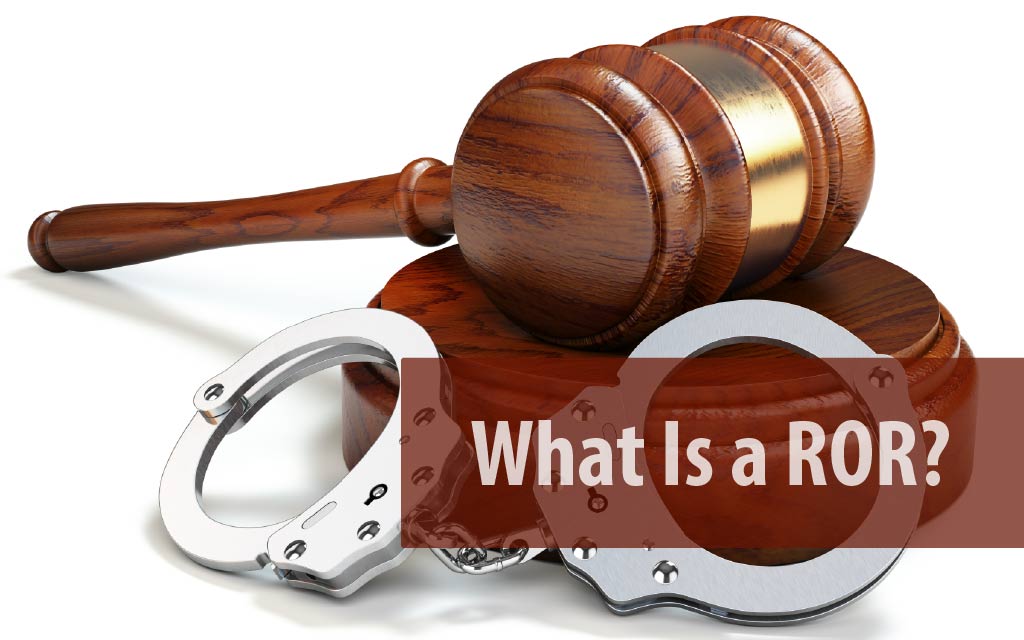 What exactly is a Release on Own Recognizance (ROR) / Own Recognizance (OR) / Personal Recognizance (PR)? All these three terms, ROR, OR and PR basically refer to the same thing. Bail allows a person to engage in one’s daily activities and prepare for trial without having to be inside a cell. All on the understanding that the defendant agrees to attend his or her court dates without fail.

A ROR is also sometimes referred to as no-cost bail. It lets the defendant sign a written promise agreeing to show up for his or her court dates without fail. When a defendant is being released on his or her own recognizance, no bail has to be paid. Not to the court or to the bail bonds agency.

But being released on your own recognizance is not always a given. There are a few factors that a judge considers before he or she decides to grant a ROR. The severity of the crime is one major factor affecting a judge’s inclination towards allowing a ROR. Minor misdemeanors such as shoplifting and traffic violations often have a high chance of being granted one. Also, the criminal record, if any, employment, background, family, and relations to the community are also considered.

An OR Officer or Pretrial Officer is told to look into the factors mentioned before with relation to the defendant. The Officer then makes a recommendation to the judge as to whether a ROR should be granted or not.

The judge can include various conditions to be stood by during a release on your own recognizance. These may include a curfew, checking in with a probation officer or even rehab classes. Failure to hold by any of these stipulations can result in an arrest order.

As appealing as it may seem, a ROR is not always guaranteed. If it is denied, the expertise of a trusted bail bonds agency can help you out. Bail Bonds in Kissimmee FL, Bail 2 Go can help you post bail without any delay. Contact Bail 2 Go now with the necessary details to start the bail process immediately.